One of London’s most affluent neighborhoods is also one of its most prized shopping destinations. So it should come as no surprise that Mayfair is the location of choice for trendy labels to open pop-up stores.

Nestled near to the finest, most iconic areas in the city – Westminster, Hyde Park and Soho – in the space of a few streets, Mayfair encapsulates London chic. Here you’ll find the secret residences of some of the world’s wealthiest people and an auto dealership housing the city’s most expensive car, alongside 5-star hotels and a range of designer boutiques from Stella McCartney to Castelbajac. Fashionistas and dandies alike flock to the neighborhood’s elegant smoking rooms and restaurants. You get the picture.

Mayfair owes its name to a charming, albeit very simple, fact: it was once the venue for a traditional spring fair that took place in the month of May. It was a meeting place for jugglers and street merchants. That is until it was uprooted to another neighborhood after Mayfair was settled by an influx of aristocrats left homeless by the Great Fire of London in 1666. Over the years, they were joined by wealthy merchants, politicians, public figures and bankers.

This very central neighborhood was mostly middle-class homes before being remade in the image of Edwardian buildings and Victorian mansions for which it is known today. Old Bond Street quickly became a bustling main street. What’s more, its reputation as the heart of London’s merchant spirit was not diminished, as the stalls of tradespeople and dressmakers were replaced by world-famous labels, such as Zara or Vuitton. Further north, Chanel, Tiffany and Saint-Laurent stand alongside the traditional tailors of Savile Row who have been there for over a century, remaining the best place in the world  to get a bespoke 3-piece suit. The city gents of London are all too aware of their reputation and have no intention of giving it up to Europe’s best, even if bowler hats are not as ubiquitous as they once were.

Burlington Arcade is the most stunning embodiment of the luxury, tranquility and bliss that defines Mayfair. Its Victorian galleries harbor a subtle mix of traditional and contemporary boutiques. If what you’re looking for is a vintage Rolex or a one-of-a-kind fragrance, then this is the place.

How did Mayfair become London’s most desirable district?

Mayfair is also famous for being the most expensive property square on the London Monopoly board. With Hampstead, Kensington, Notting Hill and Chelsea in the running, competition is fierce. Famous for its hotels styled with muted elegance and headquarters for large multinational corporations, for 20 years Mayfair has often appeared to attract more foreign investment funds than it has trendsetters. On the other hand, it has truly been awoken from a deep slumber. And it’s not just down to a renewed interest in traditional, authentic offerings and know-how. In recent years, luxury’s target clients have been getting younger and more international; they prefer designers who know what’s going on around them, from hipster hotspots to exclusive venues.

Thanks to them, Mayfair has become a glamorous center for fashion and contemporary art, attracting a new generation of designers and restaurant and gallery owners. Mark Cho is one of the leaders of this “new guard” of Mayfair. Trained by traditional haberdashers, he took over the helm at a famous tie maker, breathing new life into this historic company. He explains: “If I’d been looking to open a store five years earlier, I might have chosen somewhere like Spitalfields, but today Mayfair is the place where opinion leaders come together.”

That’s why the world’s biggest names in luxury, such as Louis Vuitton,  have opened pop-up stores in Mayfair. To welcome their new artistic director Virgil Abloh, Kayne West’s former right-hand man, in genuine style, they opened a pop-up showroom in the neighborhood that was emblazoned entirely with the LV monogram, displaying a selection of key pieces from the Maestro’s collection.

Selfridges: This world-famous department store (it even has its own TV series) is a key shopping destination that brings together the biggest names in fashion over six floors.

Fortnum and Mason: A luxury grocery store that has been serving royalty since 1707. With its emblematic gilding and thick carpet, the space reveals a typical British refinement acquired through the ages.

Wolseley: In the sumptuous surroundings of a neo-classical and unabashedly baroque building that was the showroom for a car manufacturer in the 1930s, the Wolseley has become London’s most elegant tea room. It’s the perfect setting for scones and afternoon tea.

Hendrix’s Flat in London: Relatively unknown to tourists, this museum is nonetheless a pilgrimage site for fans of rock music. The London apartment of Jimi Hendrix, where he wrote the legendary Electric Ladyland album, has been transformed into a museum that lets visitors see his personal objects and discover private facets of the musician’s life.

Burlington House: Jewel of the Royal Academy of Arts, the site displays a permanent collection of classical English paintings. You will be overwhelmed by the beauty of the rooms, galleries and architecture of one of London’s most sublime private residences. Some Londoners call it the little sister of Buckingham Palace.

Find your pop-up store in the heart of Mayfair, London! 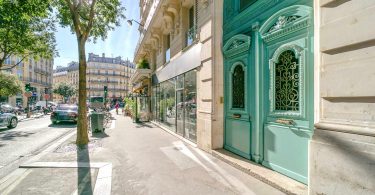 The biggest tourist destination in Los Angeles and famous the world over, Hollywood isn’t just...

Chelsea is to London what the Upper East Side is to New York, the most upscale neighborhood and an...