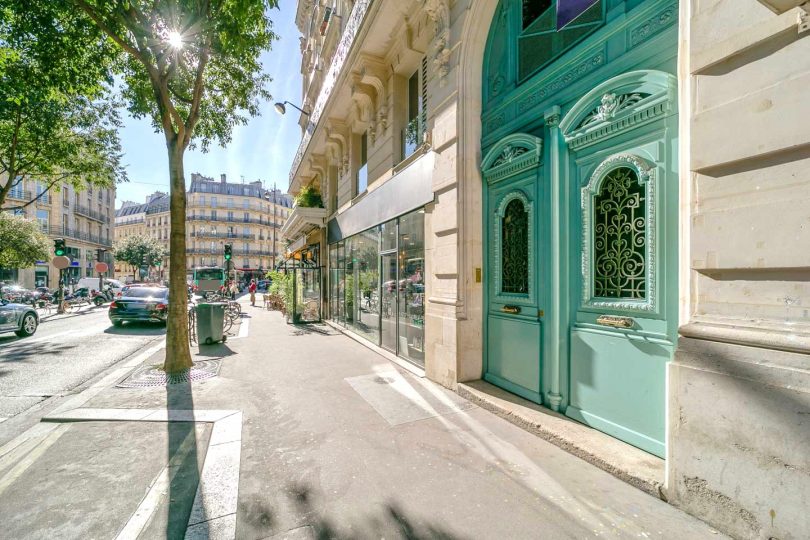 Pigalle has become a very trendy, well-known spot in Paris.

Pigalle is above all the story of a mythical place of the same name. Since the 19th century, it’s been a lively district, a place well known for its cabarets, places of debauchery, but also represents freedom and creativity. Nightlife in Pigalle reached its peak with the opening of Moulin Rouge.

From Pablo Picasso to Toulouse-Lautrec, many artists came to experience the excitement of Pigalle. But in the 1920s, crime increased and the neighborhood started to get a bad reputation. But, the recent influx of tourists and nightclubs that attract the fashion crowds, had put Pigalle back on the map.

The rents in Pigalle have more than doubled in the last decade, due to its artistic draw, its history, and of course nostalgia. Old bars in the neighborhood are now reopening as trendy street food restaurants and cocktail bars. It’s also known as SoPi (South Pigalle), a tribute to the SoHo of Manhattan, by many ‘hipster’s in the area. At night, the blue neon lights illuminate the streets but inside, and there’s tons of vintage spots, a boho clientele and trendy mixologists at the bars.

Pigalle has become a true paradise of shopping. Far from the commercial shopping malls, pop-up and concept stores are flourishing.

Pigalle is one of the capital’s most abundant neighborhoods, with fashionistas, jewelry designers, neo-art galleries and grocery stores. The name ‘Pigalle’ has established itself as a cultural and popular reference even becoming its own brand.

Tattoo artists, photographers, designers… many creatives have chosen Pigalle for their pop-up events or showrooms. The abundance of private mansions, and old, restored bars with vintage decorations draw in locals and tourists alike. Rami Mekdachi, founder of the brand Lola James Harper, opened his store in Pigalle because he wanted his lifestyle brand to be in a super authentic spot.

If you want to see a side of London that is far from Westminster, Big Ben and the tourist hubs, a...

The biggest tourist destination in Los Angeles and famous the world over, Hollywood isn’t just...