The overwhelming success of Pokémon Go offers Pop-Up Stores insight into customer engagement and heralds the future role of augmented reality in retail and real estate.

We think [virtual and augmented reality have] the potential to transform how we interact with almost every industry today, and we think it will be equally transformative both from a consumer and an enterprise perspective. – Heather Bellini, Goldman Sachs Research 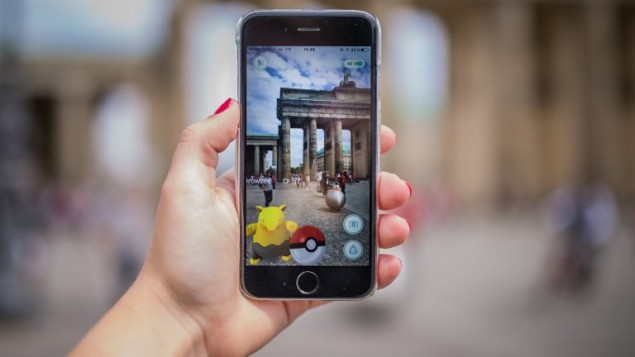 In the world of retail we’re always talking about how to best engage customers, and Pop-Up Stores have become the industry’s wunderkinder, interacting with clients on the ground and generating profits and brand publicity without the same risks inherent to brick-and-mortar stores. It only makes sense, then, that the coolest kids on the retail block, Pop-Up Stores, looks to the golden girl of gaming, Pokémon Go, for inspiration.

These days you can’t walk down the block without seeing gangs of adults and children with phones out, heads down, patrolling for Pokémon. News and social media feeds are filled with headlines about Pokémon Go, like today’s about a Japanese Olympic champion spending $5000 playing. If you scroll through Twitter or Facebook, you’ll come across a range of photos —a funeral, a naked girl waiting for her boyfriend, even a mother giving birth—and expect to find a Pokemon in it. As the app is released around the world, the craze will only continue to grow.  The augmented reality hints at the future role of technology and could have broader implications for retailers, who are trying to find new ways to engage with shoppers and build brand loyalty. Traffic at bricks-and-mortar stores declined 3.3 percent last June, meanwhile Amazon Prime had its largest sales day in history mid-July.

In our view, the new free-to-play [augmented reality] gaming app has broad implications for retail as it addresses declining mall traffic, plus emerging trends toward social experience and health [and] wellness. – Oliver Chen, Cowen & Co. 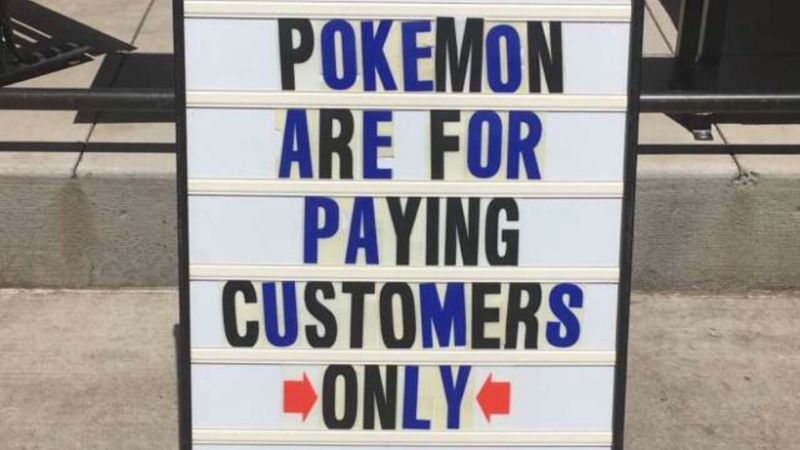 Augmented reality (AR), the technology that integrates digital information with the user’s real environment in Pokémon Go, made its mass debut to the general public this month with the app’s release. Once the stuff of hardcore gamers, virtual and augmented reality are on track to become the new computer platform. AR will soon benefit commercial and residential real estate by creating mixed-reality viewings in tandem with parallel advances in personal media devices and underlying graphics technology. The retail sector, already witnessing an astounding increase in foot traffic around Poké “stops” and “gyms,” is on the cutting edge of using new technology to engage its customer base, both online and in-store, so that customers are more informed about the products they buy. A recent study by Accenture showed that 78% of shoppers are already “webrooming” (browsing online, then purchasing in a store), and we may see a trend that combines online shopping, AR, and Pop-Up Stores in 360 degree retail experiences.

The frenzy around Pokémon GO has doubled the value of Nintendo (which developed the game together with the Pokémon Company and Niantic) since it was released on July 6, adding $20 billion to the company’s market cap in less than a month, and has outpaced other mobile-device games in terms of active users, retention rates and revenue. Observing the factors that catapulted this game into the mainstream helps brands and Pop-Up Store creators understand how to best “catch ’em all” – modern consumers that is! Notwithstanding the growing popularity of mobile gaming, Pop-Up Store creators can learn from Pokémon Go’s successful strategy:

Nostalgia. The game exploits millennial nostalgia by re-imagining the original version that was popular in the late 1990s and early 2000s. With an existing customer base in Generation Y that grew up with the franchise, the AR technology appeals to their kids in Generation Z. Suddenly there is a product which spans generations and engages entire families.

Timing. The July release took advantage of the outdoor summer months when foot traffic is highest and kids are out of school. One of the unintended side effects of the game is that it inherently promotes exercise, and some are calling it a “socially responsible app“. This is an encouraging spinoff from traditional gaming, which is historically sedentary. 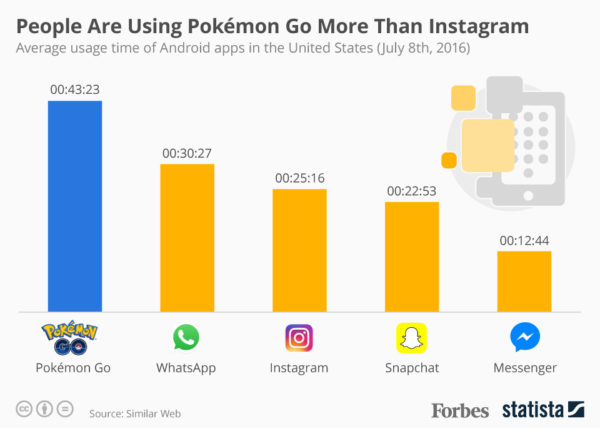 Consumer Engagement. Brands and agencies are experimenting with Pokémon Go as a marketing tool, primarily to drive footfall to physical stores, like this French furniture retailer But which offered discounts for Pokémon captured within the store. Social media campaigns are more readily accepted by consumers than direct marketing and businesses selected as Poké “gyms” or “stops” are benefitting from increased foot traffic. Even the police have something to say:

Want to compete at the #PokemonGym set at #BestBuy headquarters?
Good news: We're opening our doors at 3 p.m. Thursday for you. #PokemonGO

Get your restock of pokeballs at the Strand! 🎉 Your favorite literary #PokeStop destination. #PokemonGo pic.twitter.com/M9ofttfLJP

Serendipitous Engagement. The game is inadvertently encouraging players to explore areas and stores they never would encounter otherwise. New relationships are being created between the people and places involved in Pokémon hunts, but evidently not all are welcome as the trespassing lawsuits start to roll in.

The creation of this overall experience has made augmented reality marketing the next marketing phenomenon, and offers ideas to keep in mind when planning Pop-Up Stores, Product Launches, and Retail Events. 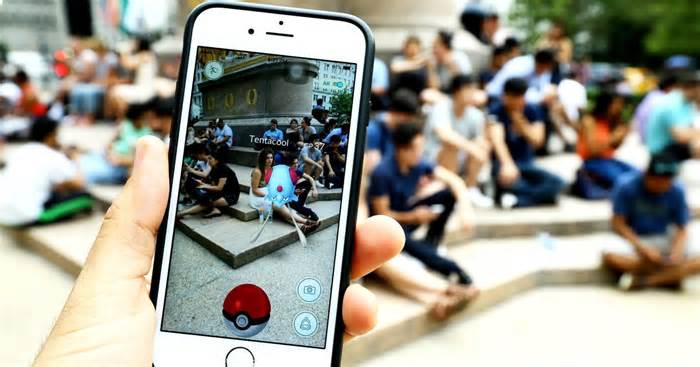 Goldman Sachs Research expects virtual and augmented reality to become an $80 billion market by 2025 (according to base case estimates)— roughly the size of the desktop PC market today. Augmented reality brings accessibility and simplicity to the average user that virtual reality does not, though both have their place and in a combined state are very powerful. This “mixed reality” is unveiling itself via products such as Microsoft HoloLens, which are an example of the transformation this industry will surely bring (and some say there is no other way to play Pokémon GO).  Investors are doubling down on this trend. Powerhouse startup Magic Leap has a “top-secret technology” that it claims will make the divide between reality and virtual undetectable, and has just landed the largest Series C Round of venture-capital funding in history at $793.5 million. Although video games and entertainment are a significant contributor to the evolution of this industry, sectors such as healthcare, engineering and real estate are positioned to benefit significantly from this new technology.

From residential to commercial, real estate relies on consumers experiencing a space before committing to it. In many instances, providing this experience is difficult and costly due to the intangible nature of properties, new construction before completion, and the time and energy investment required to visit numerous properties. Context VR is a Seattle startup that helps real estate professionals and prospective buyers and tenants save valuable time by using virtual and augmented reality for remote walkthroughs of real estate using mobile VR headsets such as Google Cardboard—a low-cost system which allows users to take a firsthand look at best practices in workplace design. Technology like this will allow real estate marketing and sales managers to save time by showing their properties remotely and will allow prospective buyers and tenants to save valuable time by “teleporting” to a property from the comfort of their office or home.

Real estate companies can also add elements of augmented reality to their marketing, bringing otherwise static flat brochures to life and creating a virtual Pop-Up book that allows the user to interact with the property through 3D images and simply click a virtual button to contact the company. Studies show that when customers become more interested in a particular property that they previewed through augmented reality, they are more likely to engage that company in further conversation about the property of interest.

There is a multitude of other uses for augmented reality that will have trickle-down effects on the short-term real estate industry, which interest us here at Storefront. Pokémon GO is an overwhelming example of the potential for augmented reality in retail marketing by generating foot traffic. The message is loud and clear this summer – consumers are ready for AR, and the technology will continue to gain traction across industries, particularly in retail and real estate, betwixt which Pop-Ups are positioned. Pop-Up Stores will continue to grow as the exciting, real-world intermediary between online stores, apps, and an increasingly active consumer. And if they can embrace new technology? They’ll ‘catch em all. 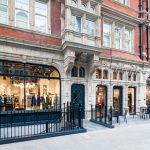 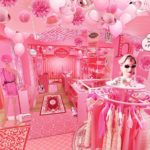 Top 4 Charity Pop-Up Stores to Shop For A Cause 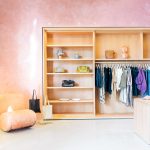 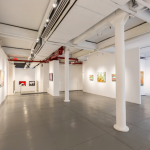 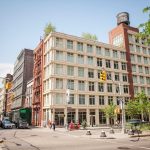 Our Top 3 Takeaways From ICSC RECon