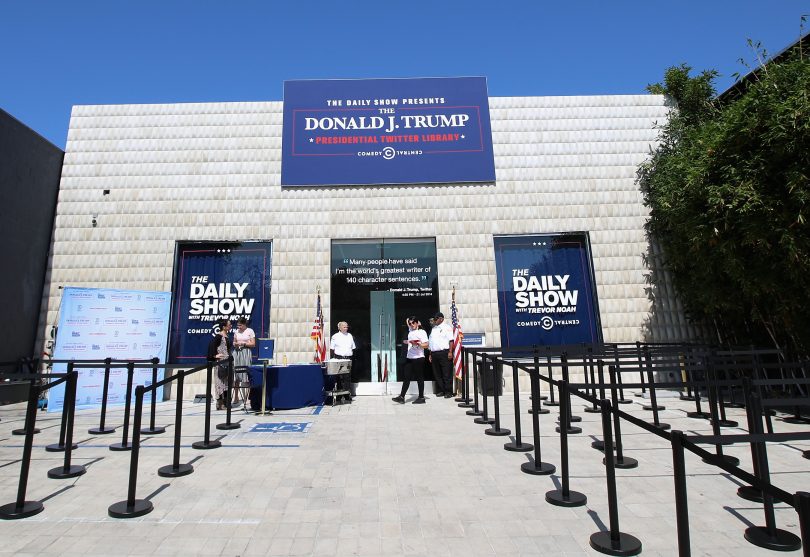 Comedy Central’s “The Daily Show With Trevor Noah” created the Donald J. Trump Presidential Twitter Library, a pop-up exhibition and cross between a museum and presidential library. The first pop-up exhibit debuted in New York City last year, and has since included pop-up stops in San Francisco and Los Angeles, where it booked this Storefront space in West Hollywood.

The perfect site for this creative pop-up event, the space held the exhibit for a 2-week period, during which ‘The Daily Show’ completely transformed the clean white walls into a President Trump Twitter showcase. 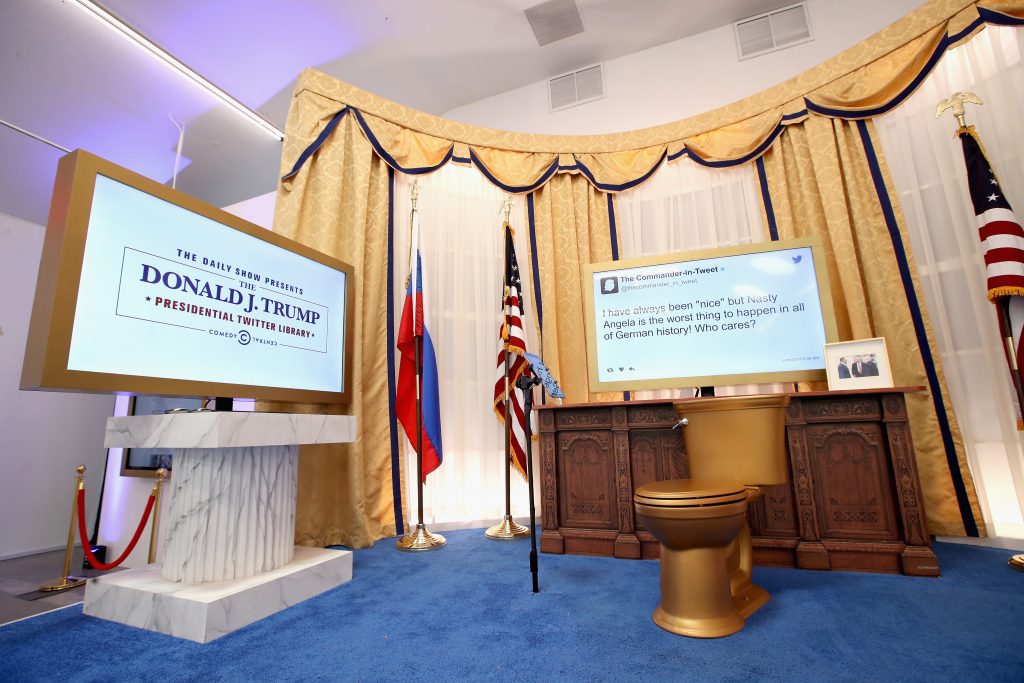 We spoke with Comedy Central’s SVP of Brand Marketing & Events, Shawn Silverman, to catch up on the pop-up exhibit, how it all got started, and the overwhelming reaction from fans.

“The concept came directly from the staff of The Daily Show With Trevor Noah,” stated Silverman. Since President Trump’s preferred method of communication is Twitter, both Silverman’s team and ‘The Daily Show’s’ team wanted to devise a way to bring his tweets to life, and landed on a real-life library as the winning concept.

After popping up last year in NYC across from Trump Tower with huge lines and media attention, Silverman knew “we had something really special.” From that, they planned to take the concept on tour, booking spaces in San Francisco and Los Angeles, knowing it was going to grow since “President Trump is still tweeting, and there’s now new elements and wrinkles added into the library”. “It’s fresh and relevant based on what’s going on,” Silverman adds.

“We found a great space in West Hollywood. It was beautifully re-done, prime location, and we kept it open for 2 weekends. We were overwhelmed with how great the response of the fans have been,” says Silverman. For the Los Angeles location in particular, Silverman’s team “wanted to have the pop-up there a longer period of time because of the way the city is set up.” Since LA is not a foot-traffic city (“we knew it would be more of a destination,” he adds) he wanted it to be there long enough for everyone to come and appreciate it. “We signed this great space that worked within our budget parameters”, and ensured it had a sprawling, open feel. 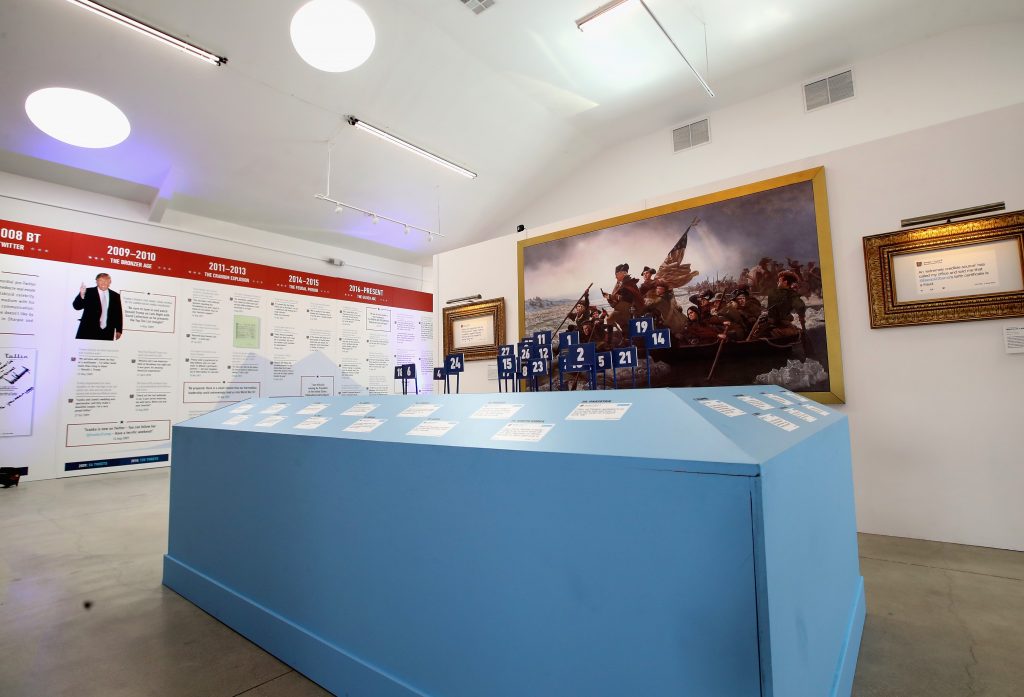 Inside its most recent Los Angeles pop-up exhibit, the team knew they wanted to find funny ways to categorize the different tweets, dividing the space into different stations with things like the ‘nickname generator’ and a mock Oval Office. “We wanted to make it a fun, interactive experience,” Silverman adds. 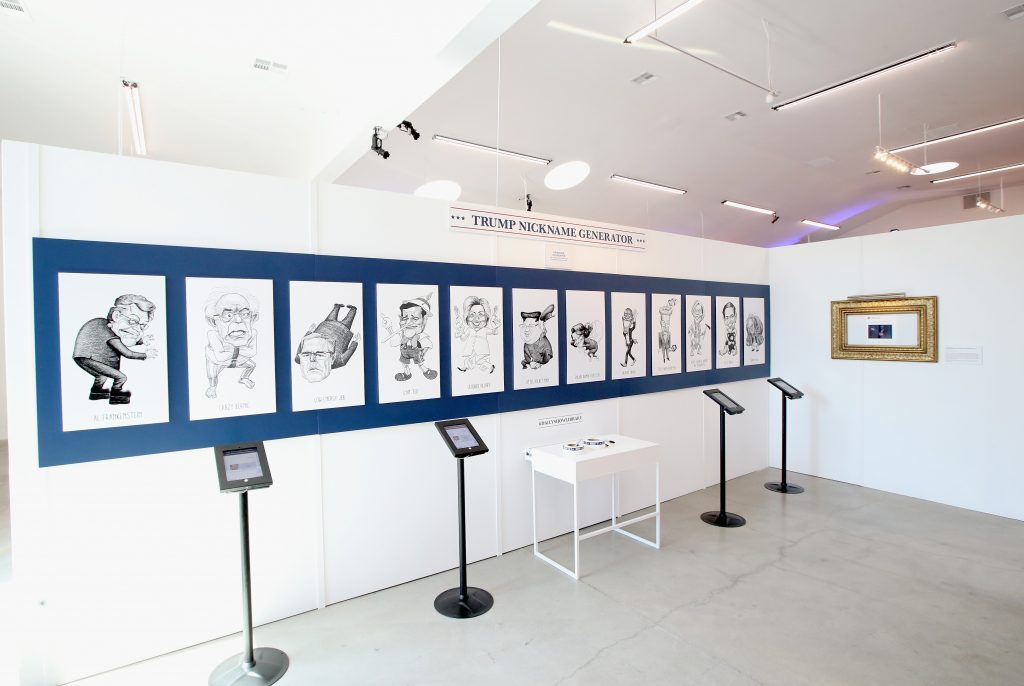 While the bones of the library remained the same, Silverman says that “every stop is additive,” the library keeps growing, and he wanted to do something that was specific and relevant to each city. The LA exhibition was open during Emmys voting, so there was an entire section dedicated to President Trump’s tweets about the Emmys, while things like President Trump’s “deleted tweets” section carried over from recent pop-up exhibits since it’s been a huge hit in every location.

While the ideation is a joint effort between his team and The Daily Show team, they also used a 3rd party experiential agency, Pop2Life, to build out the experience. Since the library is evolving, they work closely together to build off key learnings, and make one even more splashier than the next. 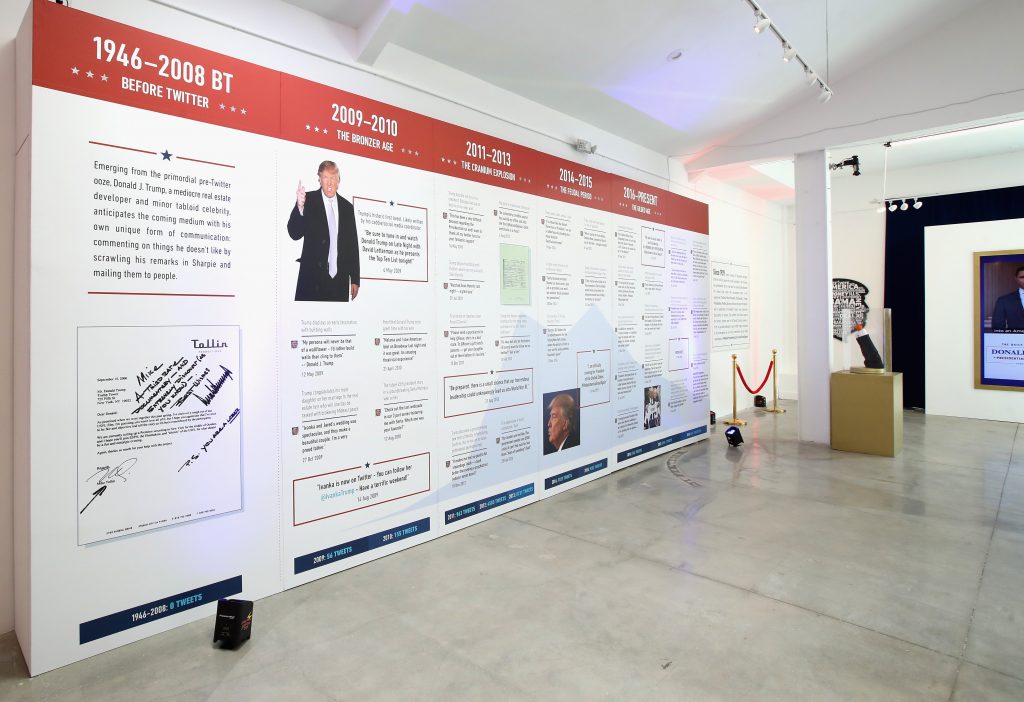 “Overall the feedback is positive,” Silverman says. “People are excited to see it and experience it, and 3D tours are available on The Daily Show’s website so people online that were not in the city can walk-through these experiences online.”

“We are hoping to bring it to a few other places, but are focusing on one city at a time. We just recently announced the Trump Twitter Library won the Outdoor Grand Prix at Cannes, and are excited to see its getting buzz internationally.” 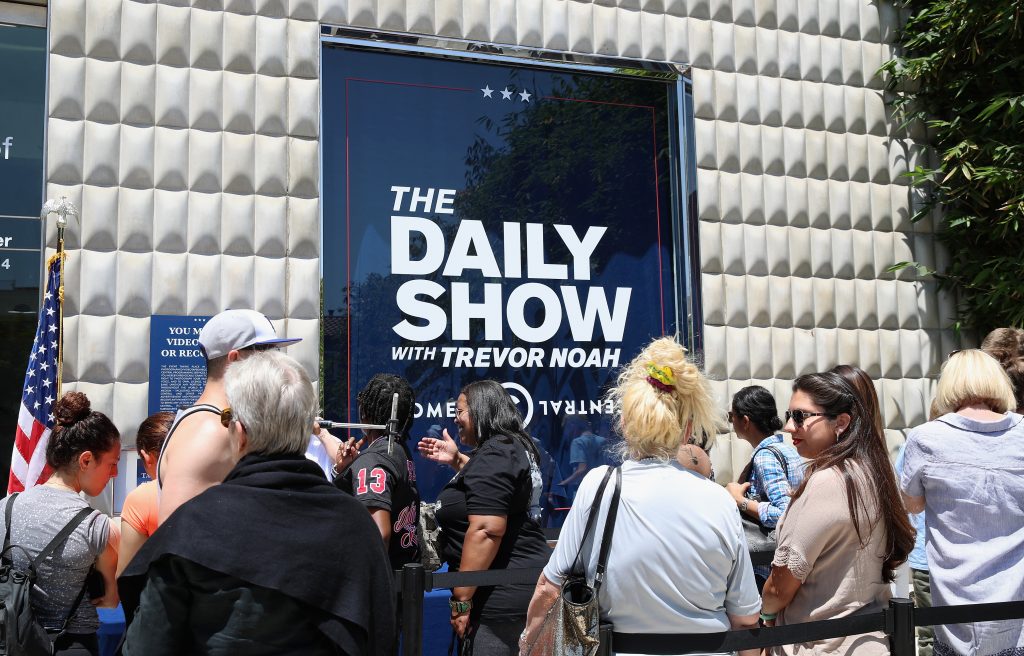 Ready to launch a buzzy pop-up event of your own? Browse +10,000 spaces available worldwide and find the perfect one for your project!

SHEIN is one of the largest online retail stores that sells clothing and accessories to customers... 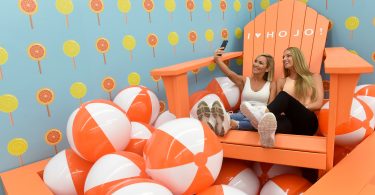