The Halloween industry is booming. In 2017, the National Retail Federation predicted that Halloween would generate $9.1 billion for the US economy, with $3.1 billion of that coming from the sale of costumes alone.

For brands who want to capitalize on the holiday but don’t want to invest in a permanent store, a pop-up store is an obvious solution. As Alison Paul, vice chairman and U.S. Retail and Distribution leader at Deloitte told Forbes, “In comparison to what it costs to establish a new building, putting in a pop-up is a much smaller investment for a retailer,” but one that seriously pays off.

Halloween has been the perfect opportunity for numerous brands to launch holiday-themed pop-up stores. From candy to cosmetics, costumes to cutlery, pop-up shops sell all sorts of Halloween-themed products that get the public excited about the holiday. The following brands used Halloween pop-up shops to generate excitement and build their own business.

Party City runs 900 stores all year round, yet Halloween is an essential part of their income, generating $560 million for the brand during the 2015 holiday, which was around 25% of their earnings for that year. Party City has achieved these high returns by dedicating time and staff to locate the ideal pop-up locations, as well as opening a factory in Madagascar to make costumes for the holiday. However, this year Party City is seeking to change its strategy for launching Halloween City pop-up stores. To exploit the gap in the market left by the collapse of Toys R Us, Party City is launching massive, 12,000 square feet superstores that host Halloween City and Toy City under one roof. Initially, two-thirds of the space will be dedicated to Halloween merchandise until the holiday is finished when the rest of the store will be converted into Toy City.

By capitalizing on the close proximity of Halloween to Christmas, Party City has increased their likelihood of getting a return on investment for their pop-up store and has made sure they can continue to sell stock out of season. Their dedication to the season, by spending enormous amounts of time to locate prime locations and creating dedicated teams of designers for the season, has truly paid off.

Spirit Halloween were the pioneers who helped to popularize not just seasonal pop-up stores, but pop-up shops altogether. Since they launched their first pop-up store back in 1983, Spirit Halloween has tried to maintain a physical presence for two months each year, although they are available online year-round. In 2017, Spirit Halloween popped up at 1,300 locations across North America.

Ami Ziff, a director at Time Equities National Retail Division told CNBC that as “national retailers take a long time to sign leases […] tenants like Spirit Halloween tend to be great filler in the interim”. This means that both customers and shopping malls alike are keen to welcome Spirit Halloween each year, guaranteeing it fair rents and a large and enthusiastic customer base. Through pop-up stores, Spirit Halloween has made itself an essential part of the holiday experience. All year round Ricky’s functions just like any other brick-and-mortar beauty brand would, with 28 permanent stores across the US and a vibrant website selling their products. However, since 2005 they have launched between 3 and 30 Halloween themed stores each year, hoping to capitalize on the high demand for scary makeup. It is a strategy that’s paid off, with 20% of Ricky’s annual $55 million sales coming from Halloween products.

Ricky’s creates huge superstores filled with every Halloween costume you could physically imagine and dots them around cities to ensure that they have a high level of visibility. Importantly, they advertise their online presence on the outside of their stores to make sure that passersby know that they can use the store to browse, and still find the same great products online having had thinking time.

Ricky’s Halloween pop-up stores also are vital to their business model, as they help to grow brand awareness for their regular cosmetics ranges that can be found online and in their permanent stores. Additionally, its use of temporary outlets helps to test the footfall and popularity of new areas for future expansion. Ricky’s has made Halloween an important part of its income and method for growing the business.


The haunted house may be a typical Halloween cliche used in fairgrounds, but rarely has it been used to sell home furnishings. In 2016, home decor brand Grandin Road decided to use Halloween as a springboard to launch its first-ever concept store in Macy’s. They created a spooky yet fun store that would get customers to explore their 1400 square foot pop-up space.

The store was divided into four sections for customers to explore (at their own peril); ‘Frightfully Fun’, ‘Bewitching’, ‘Halloween Glam’ and ‘Macabre and Mystical’. Each section had plenty of products to uncover, with over 250 Halloween designs on offer, ranging greatly in price from $3 to $1,299. Some items were also exclusive to the pop-up shop, creating an incentive for those customers who wanted the most decorated house on the street.

Grandin Road’s Halloween pop-up concept was an exciting and innovative way to increase brand awareness. By celebrating the holiday through the pop-up shop, they showed that they understood their customer’s lifestyles and the importance of Halloween in their calendar while providing them with the perfect decor to help them celebrate.

For many, the best thing about Halloween is the candy. It makes sense that M&M’s would want to make the most of the season, and they did so by launching a pop-up shop in their birthplace of Newark, where their first candy shells were produced. They wanted to make a family-friendly space where kids could begin to get excited about the holiday season.

To make sure this happened, the pop-up shop gave out free candy and Halloween costumes to kids under 12. There were also other activities such as face painting and balloon art available to visitors of the pop-up shop, making the event a fun day out for all and a great opportunity to get M&M’s into many households as possible.

These 5 brands all used Halloween pop-up shops to sell Holiday-themed products, but also to draw attention to their other products and presence at permanent stores and online. More brands are starting to use Halloween pop-up stores in the same way, considering the huge revenue it generates and its proximity to Christmas. Halloween pop-ups shops aren’t just beneficial for a season, their impact is felt all year round.

Ready to launch a Halloween pop-up shop of your own in New York? 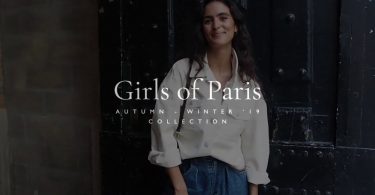 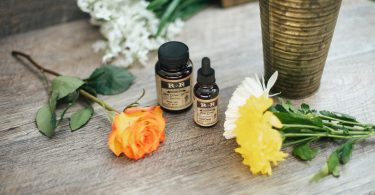 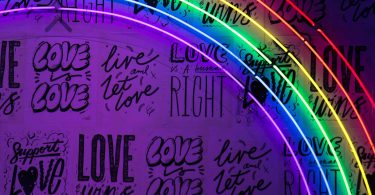